A self contained tapping machine consisting of a single phase 220V (110V also available) Motor, supported by a heavy duty aluminium cast frame, which can tilt and pivot around its base.

Giving a reach of 767mm – 30″ and a height of 516mm – 20″.The weight is supported by a pneumatic spring which is adjustable, it is manufactured to always keep the tap at a right angle in respect to its working area.

There are several options available:

The high frequency motor is regulated by means of a variator board located within the framework. The motor turning speed and optional automatic tool lubrication control are adjusted by means of buttons located on the arm.

The speed can be reduced to zero giving optimum control of the speed for each relevant thread size. The taps are held in quick change tap holders (chucks) with a choice of clutch or non-clutch options. Various accessories are available: small, medium and large tables, columns, extensions, clamps and magnetic base. 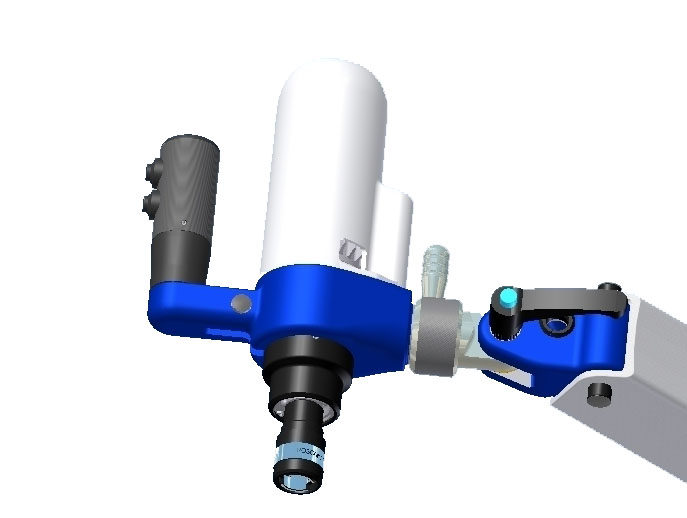 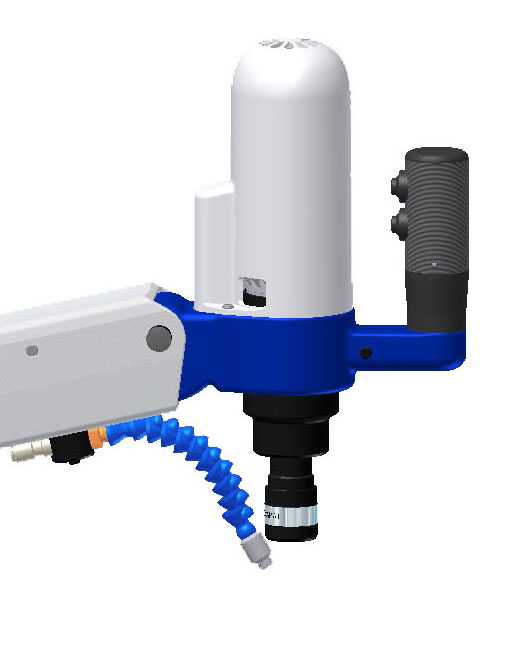 Automatic tool lubrication is factory fitted at the time of purchase. The system is electronically controlled to supply cutting oil directly at the point of tapping. The lubrication time is adjusted by means of a control panel on the top cover.

It is recommended to use only Cutting Oil Viscosity 20-40 cSt. 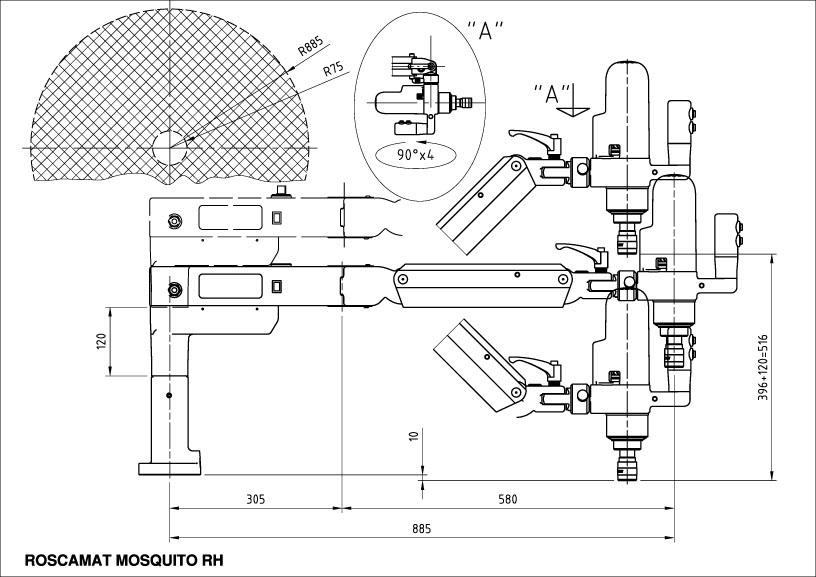